Nine photos of this map showing railways in northern England in 1846 and the NWR's connections with them.
Read More 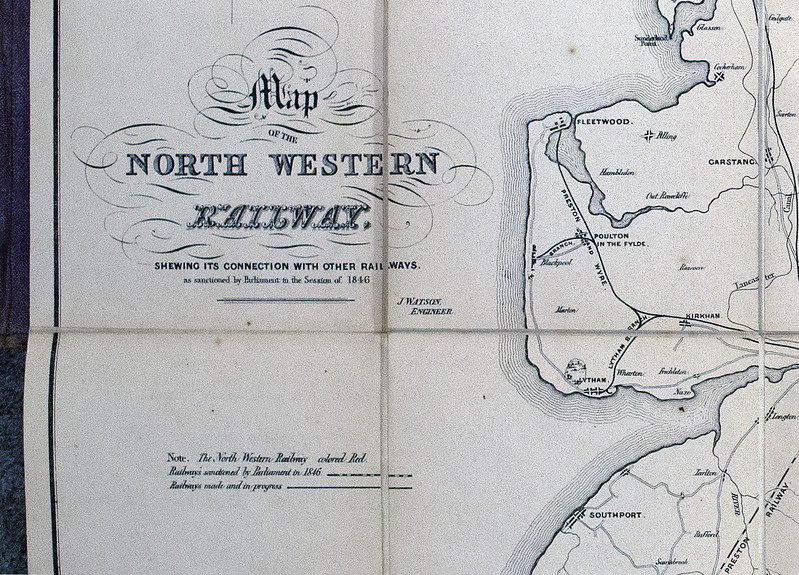 1846 (little) North Western Railway map: imprimatur. The map covers the north of England. It shows the NWR and its connections with other railways already made or in progress, or sanctioned by Parliament in 1846. (Some of the latter lines were not built as shown, or at all.) It was made by the NWR's engineer, John Watson. The NWR was called the 'little' to distinguish it from the mighty London & North Western Railway, based at Euston and one of Britain's big four railways before the 1923 grouping. (The others were the Great Western, Midland and North Eastern.)