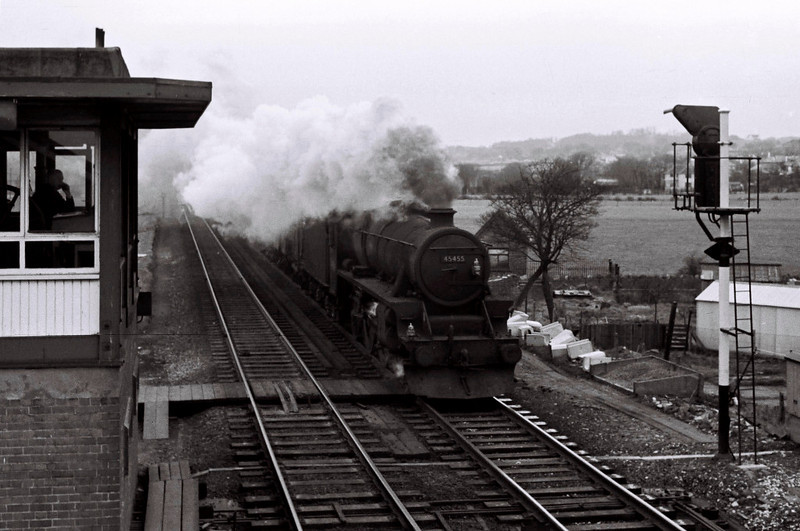 45455, Hest Bank, 25 March 1967. The signalman is on what used to be called the 'blower' as the Black 5 heads south. It lasted until August. The signal box opened in 1958, when it replaced a LNWR box south of the station. The boarded crossing was for use by the signalman when issuing or receiving the token for the single track line to Bare Lane. It had been removed by September 1967, when token working had finished. NB the signal box chimney for its coal-fired stove. The chimney was removed when electric heating was installed, date unknown.