Two photos, by J B Bucknall of the stationmaster, and by Ron Herbert of a very old Lancaster & Preston Railway sign, now lost.
Read More 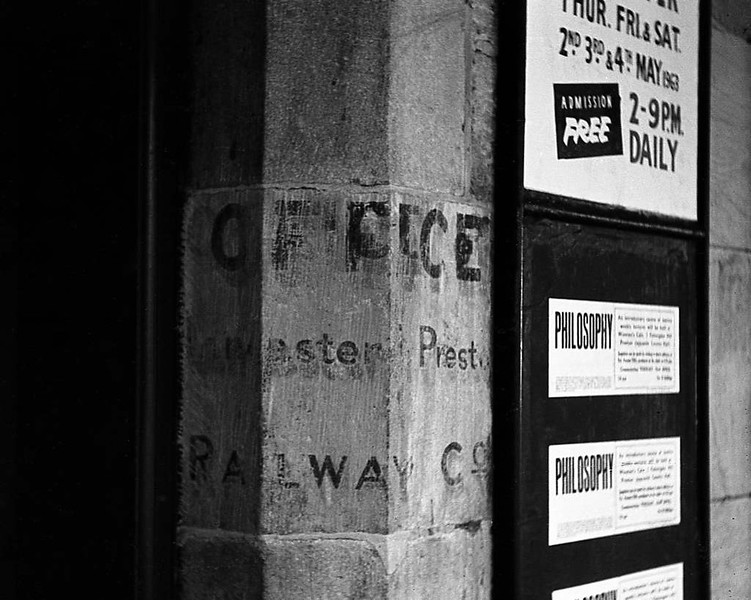 Lancaster & Preston Railway office sign, Lancaster Castle station, 27 April 1963. The Lancaster & Preston Junction Railway opened in 1840 from Preston to a station near Penny Street, in the Greaves area of southern Lancaster. The Lancaster & Carlisle Railway opened Castle station in 1846. LPJR trains began using it from 1849. The LPJR and L & C merged in 1859 and were immediately leased by the London & North Western Railway. The sign seen here was on platform 3. It must have dated from 1849 - 1859, but was lost when the station stonework was cleaned in the 1970s. Photo by Ron Herbert.