German aircraft of World War I

21 photos of eight types of fighter or scout. Some are preserved originals, some are replicas.
Read More 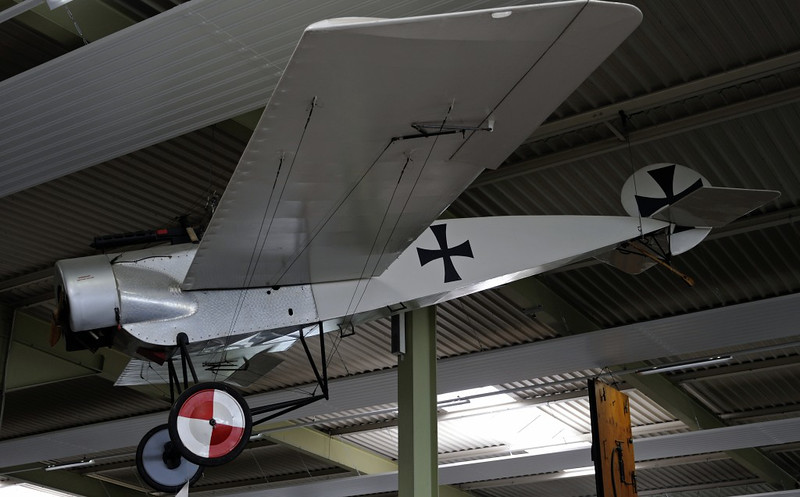 Replica Fokker E.III [417/15], Sinsheim Auto & Technik Museum, Germany, 21 March 2013. The Fokker Eindecker (= monoplane) dominated air warfare from summer 1915 until early 1916, a period known to Allied pilots as the 'Fokker scourge.' The Eindecker was the first purpose-built German fighter, and the first fighter in which the pilot aimed his gun by aiming his aircraft. This was achieved by the use of interrrupter gear which allowed its machine gun to fire through the propellor arc without hitting the propellor blades. 249 E IIIs were built. German ace Boelcke scored 19 of his 40 victories in an Eindecker, and Immelmann all his 15.