Avro Lancasters lost over Berlin in 1943 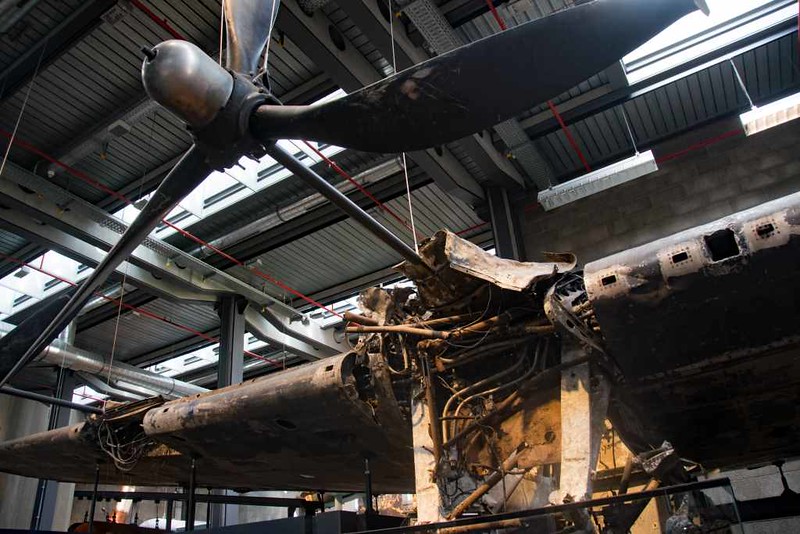 Avro Lancaster BIII JA914 / DX-O, German Technical Museun, Berlin, 5 June 2016 1. This 57 Squadron aircraft took off from East Kirkby, Lincolnshire, and was shot down by a Focke-Wulf Fw 190 night fighter just after midnight on Saturday 4 September 1943 during the first attack in Bomber Command's winter campaign against Berlin. The Lancaster crashed into Wunsdorfer See near Zossen south of Berlin. The crew of seven - four British, two Australian and a Canadian - all lost their lives. Three are buried in the Berlin 1939 - 1945 Commonwealth War Cemetery. The others are commemorated on the Runnymede memorial to the missing. Most of the starboard wing, undercarriage and part of the fuselage were recovered in 1997. Here are eight views.