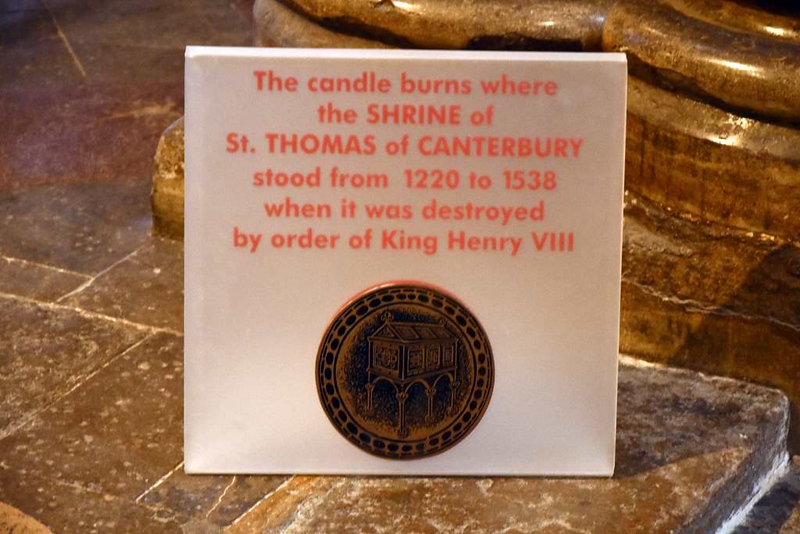 Trinity Chapel, site of the shrine of St Thomas of Canterbury, Canterbury Cathedral, 10 May 2017 1 Thomas Becket, Archbishop of Canterbury, was murdered in the cathedral in December 1170 during a power struggle with King Henry II. He became venerated as a saint and martyr, and his shrine drew many pilgrims as recounted in Geoffrey Chaucer's Canterbury Tales. The shrine was destroyed during King Henry VIII's dissolution of England's monasteries.