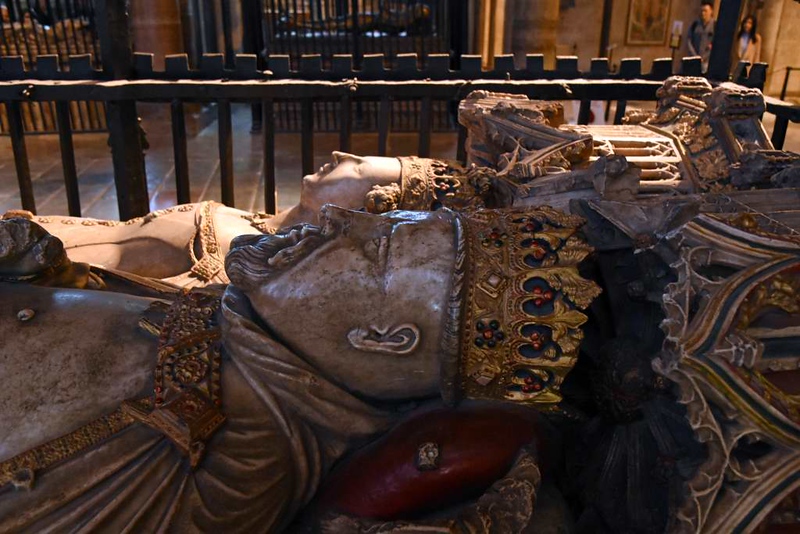 Tomb of King Henry IV (1367 - 1413) and his wife Joan of Navarre, Canterbury Cathedral, 10 May 2017. Henry chose to be buried at Canterbury, and is the only king buried here. His tomb is opposite that of the Black Prince, his uncle. Henry became king in 1399 when he seized the throne from King Richard II, the Black Prince's son and his cousin. It was of Henry's worries after the usurpation that Shakespeare wrote "Uneasy lies the head that wears the crown..."