Four photos of the 2015 commemoration - in pouring rain - of the 70th anniversary of VE Day in the small town of Carnforth, north Lancashire. Plus four of the Russian VE Day ceremony in London in 2017.
Read More 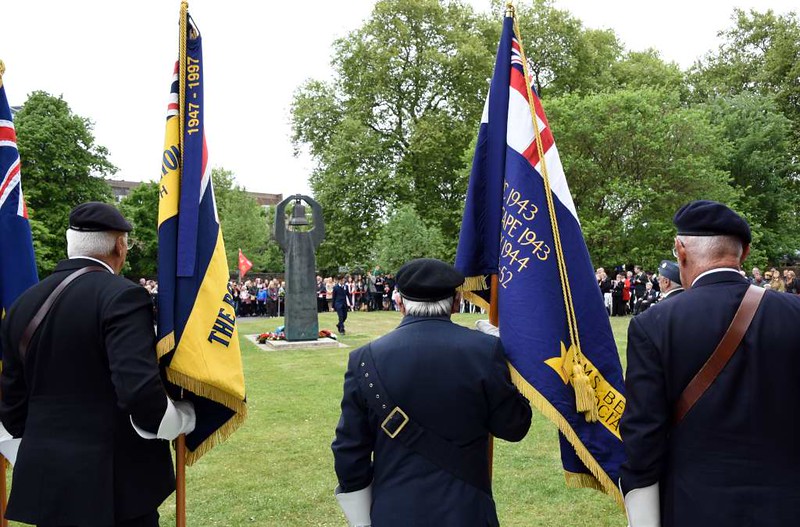 Soviet VE Day commemoration, Geraldine Mary Harmsworth Park, Southwark, London, 9 May 2017 1. The London Soviet war memorial is outside the Imperial War Museum, and is the setting for an annual commemoration on 9th May, one day after VE Day in the west. The Royal British Legion standard at right is from the HMS Belfast Association. One of the battle honours it bears is North Cape 1943, when HMS Belfast took part in the sinking of the German battleship Scharnhorst, which had been attempting to attack British aid convoys to Russia. In 2010 Russia paid for the replacement of Belfast's corroded masts - see my photos of the preserved cruiser in the ships section of this site.