21 photos of 87002 in its final years, working for Virgin, GBRf and the AC Loco Group.
Read More 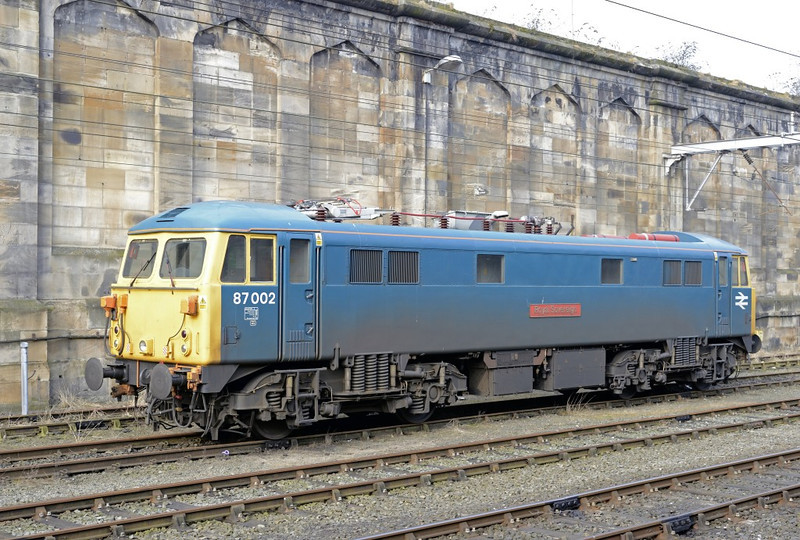 87002 Royal Sovereign, Carlisle, Thurs 11 April 2013 - 0915. Probably my last ever photo of Britain's last operational 87. It had spent the winter at Carlisle on Ice Maiden OHLE ice-breaking duties with 86101, and is seen awaiting haulage to Willesden by 47245. It could not run under its own power because it has not been fitted with GSM-R cab radio, now mandatory south of Rugby. It is expected that the AC Loco Group will sell 87002 for export to Bulgaria. 47245 had just taken 86101 from the station to the freight terminal at Brunthill for removal by road because of wheel flats.