25 photos of road and rail exhibits in the London Transport Museum in Covent Garden.
Read More 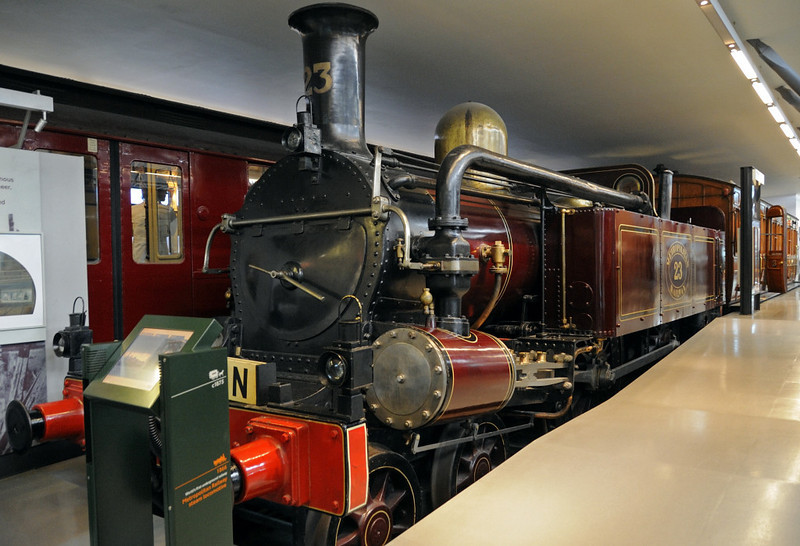 Metropolitan Rly 4-4-0T No 23, London Transport Museum, Covent Garden, Sun 1 April 2012 1. Built by Beyer Peacock in 1866 for the Paddington - Farringdon Street section of what is now the Circle Line, the world's first underground railway. It had opened in 1863, initially using Great Western locos and rolling stock and then, after a dispute, others hired from the Great Northern until the Met's own equipment was delivered. The line was soon carrying 25,000 passengers per day.