46 photos of the 'Riot of Steam' held in 2005 to mark the 175th anniversary of the opening of the Liverpool & Manchester Rly, the world's first inter-city railway. It was attended by modern replicas of three locos which took part in the Rainhill trials held by the L & M in 1829 - Novelty, Sans Pareil and the Stephensons' victorious Rocket. Also present was the replica of Planet built by the Stephensons for the L & M in 1830, as well as the original L & M 0-4-2 Lion built in 1838. I have also included photos of the locos on permanent display in the museum. They were all built in or near Manchester, and include a mighty South African GL Garratt (3ft 6in gauge, 211 tons!).
Read More 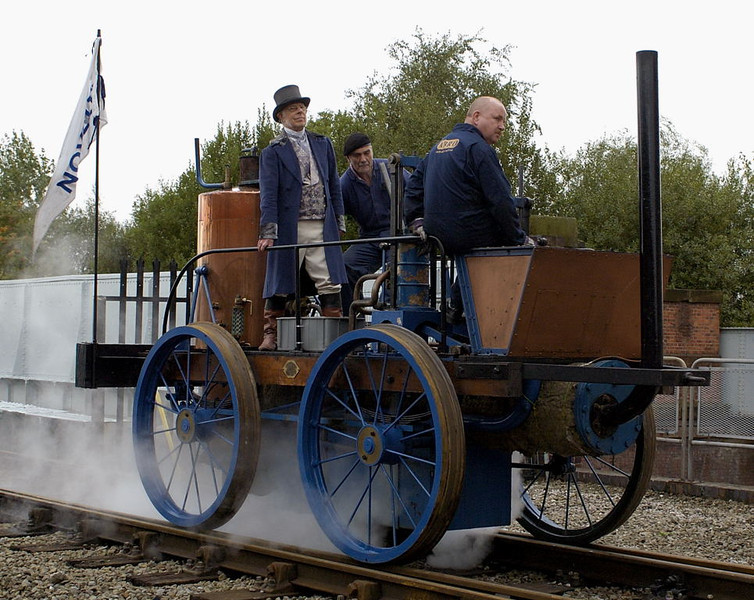 Novelty replica, Manchester Museum of Science & Industry, 15 September 2005 1. Novelty was built for the Rainhill trials by John Braithwaite and Swedish engineer and inventor John Ericsson (who went on to design the ironclad USS Monitor for the Federal side during the American civil war.) The replica was built by Locomotion Enterprises for the Rocket 1980 event. It was then sold to the Swedish National Railway Museum, from where it had travelled especially for the Riot of Steam.