41 photos of this pioneering preserved line taken 1966 - 1968. In 1960 the Middleton became Britain's first standard gauge preserved line, narrowly beating the Bluebell. Although there were occasional brakevan rides, the Middleton in the 1960s was mainly a freight line. In its first 10 years the Middleton carried some 61,000 tons of freight, mainly steel and scrap metal, through then industrial Hunslet.
Read More 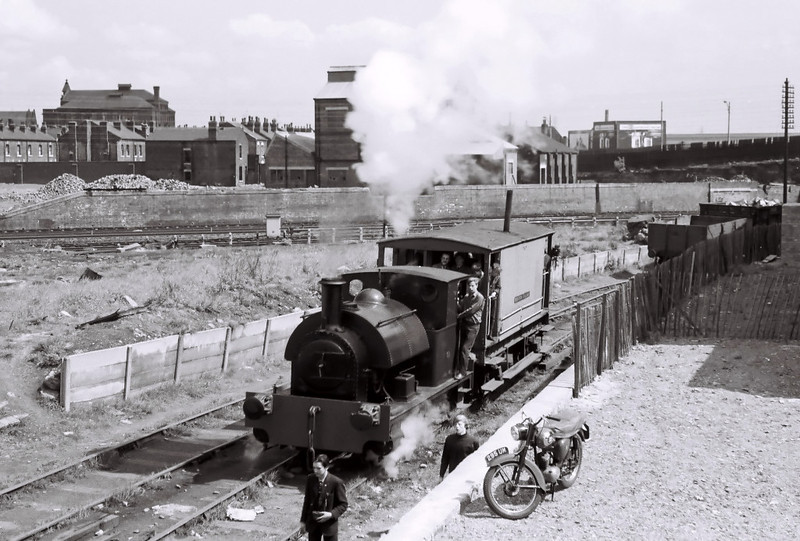 Bagnall 2702, 15 May 1966 1: Balm Road. The Middleton was an industrial line and never part of British Railways. This shot of the Bagnall setting off with a brake van ride looks east to show where the Middleton connected with BR's Midland main line, visible in the background. NB the loaded wagons at right, which await collection by BR. The Bagnall (works no 2702, built 1943) had only just come to the Middleton at the time of this photo. It was later named Matthew Murray, but the name was subsequently transferred to the 1903 Leeds-built Manning Wardle 0-6-0ST, works no 1601.