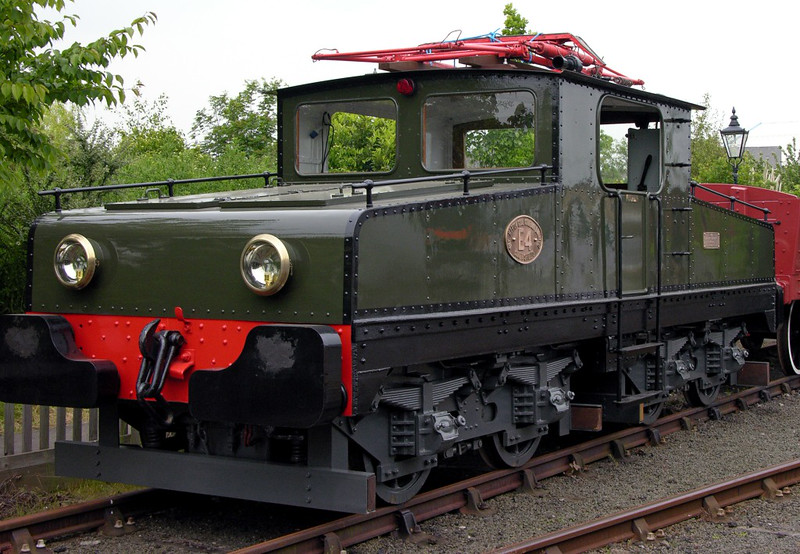 Harton Colliery Company E4, National Railway Museum Railfest, York, 28 May 2004. Harton had four collieries in South Shields. A private standard gauge railway connected them to each other and to a coal loading staith on the River Tyne. From 1908 some 6.5 miles were electrified at 550Vdc overhead. Eight electric locos were supplied by Siemens-Schuckert and AEG of Germany including this one (Siemens 457 / 1909). In 2014 it was at the Stephenson Rly Museum at Percy Main, north Tyneside. Three other Harton electrics survive at Beamish and Tanfield.