Eight photos taken in 1977 and 1978 of this short-lived museum in Surrey, which subsequently moved to Amberley in Sussex.
Read More 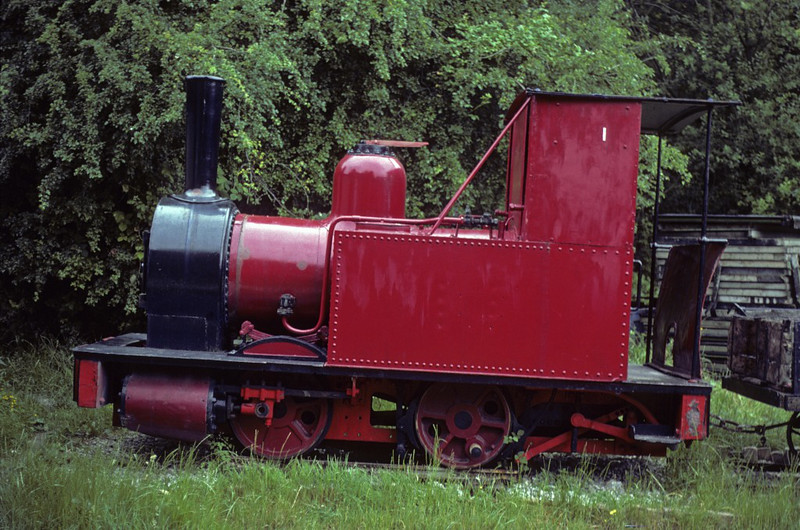 Townsend Hook, Brockham narrow gauge museum, 9 July 1977. Townsend Hook is one of two Fletcher Jennings 0-4-0T locos (172L / 1880) to survive from the Dorking Greystone Lime Works, which had a railway laid to the very unusual gauge of 3ft 2.25 inches. The Les Tindall photo shows the loco at the short lived Brockham narrow gauge museum in Surrey. When Brockham closed, Townsend Hook moved to Amberley, where it remains in 2014. It is undergoing a long term restoration, and has been dismantled for many years. Sister William Finlay (173L / 1880) survives in private ownership, and in 2014 was stored at Beamish.