24 photos of this small but friendly line
Read More 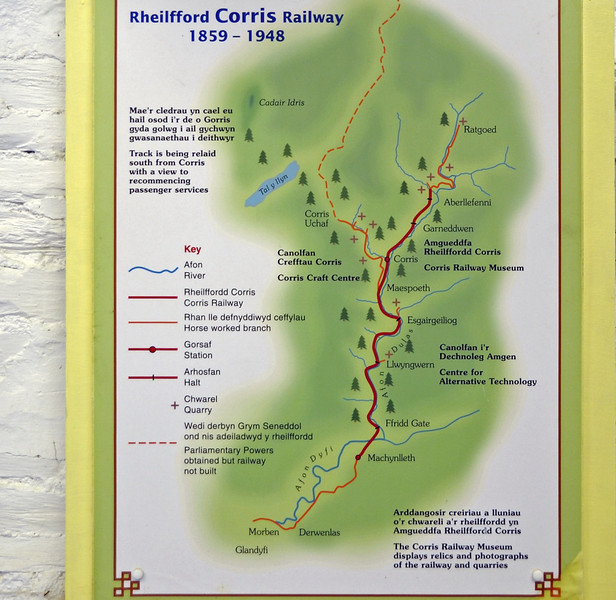 Corris Rly map, Corris, Tues 23 August 2011. Welcome to the Corris Rly! Built to carry slate to the navigable River Dyfi at Machynlleth, the Corris was laid to the unusual gauge of 2ft 3in, shared only with the nearby Talyllyn Rly. The GWR bought the Corris in 1930, and BR closed it in 1948. The Talyllyn Railway Preservation Society was founded in 1951, and bought the Corris's two locos, which in 2011 were both hard at work on the Talyllyn. The Corris Rly Society was founded in 1966, and in 2011 was running trains between Corris and Maespoeth.