28 photos of this 2ft gauge line and the Welsh National Slate Museum. Both are derived from the Dinorwic slate quarry, which once employed over 3000 men, but closed in 1969.
Read More 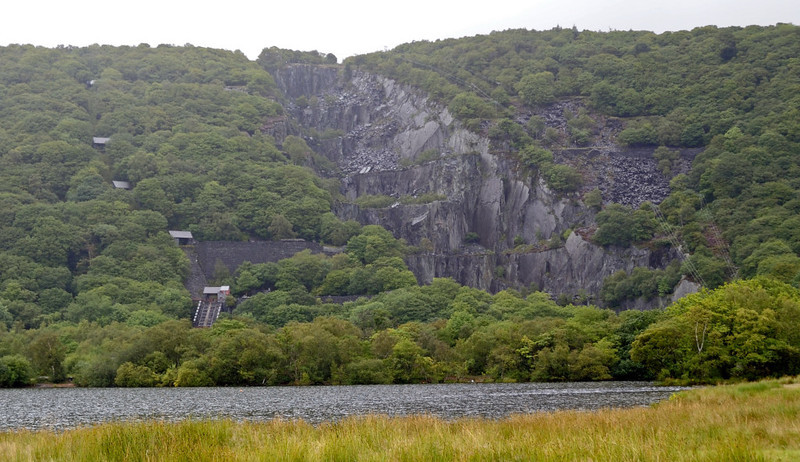 Dinorwic slate quarry, Sun 21 August 2011. This view across Llyn Padarn completely fails to show the enormous size of the quarry. Suffice to say that Elidir Fawr, into which it has been gouged, is some 2500 ft high, and that at its peak the quarry employed over 3000 men. There was a very extensive 2ft gauge railway system within the quarry. Slate was taken down the inclines seen at left to the 4ft gauge Padarn Rly which ran alongside the lake to Penscoins for export to all parts of the world from Port Dinorwic (now Felinheli). The Llanberis Lake Rly now runs along part of the Padarn Rly trackbed. After a long decline the quarry closed in 1969. Much of its equipment was saved, and forms the basis for today's slate museum.