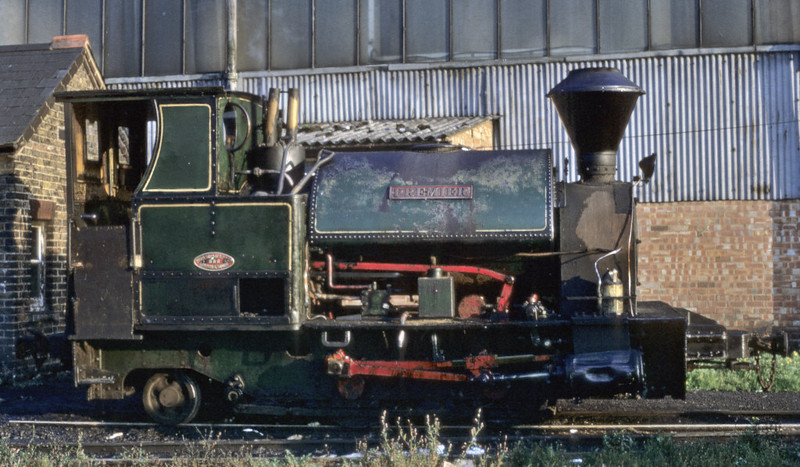 Premier, Sittingbourne? September 1969. Kerr Stuart 0-4-2ST 886 / 1905. The first of four KS Brazil types which worked on the Bowater's railway from new until operations ceased. Three are still on the SKLR in 2012, including Premier. NB the dented cylinder! Many of Bowater's locos carried spark arrestors because of the high fire risk. Photo by Les Tindall.