33 photos of Irish narrow gauge survivors, most taken in 2009 and 2012 at the Ulster Transport Museum, Cultra.
Read More 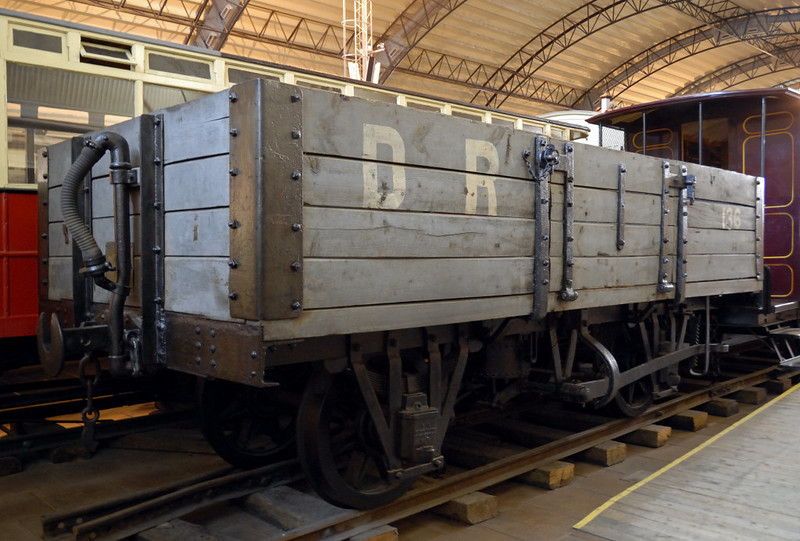 County Donegal Rlys (Joint Committee) wagon No 136, Ulster Transport Museum, Cultra, Co Down, 7 May 2009. Built in 1900 by the Oldbury Carriage & Wagon Co, Birmingham, for the Donegal Rly. NB the vacuum brake - all the Co Donegal's wagons had to be so fitted because most of its goods traffic ran in mixed goods and passenger trains. Most British railways had only handbrakes on the majority of their wagons. They relied on engine and brakevan to stop such 'loose-coupled' trains whose speed was severely limited as a result.