26 photos taken in north western England in 1976, most of the Haltwhistle - Alston branch just before it closed. The 2 foot gauge South Tynedale Rly was subsequently established at Alston. Photos of its 25th anniversary gala in 2008 can be seen in the album for British narrow gauge railways.
Read More 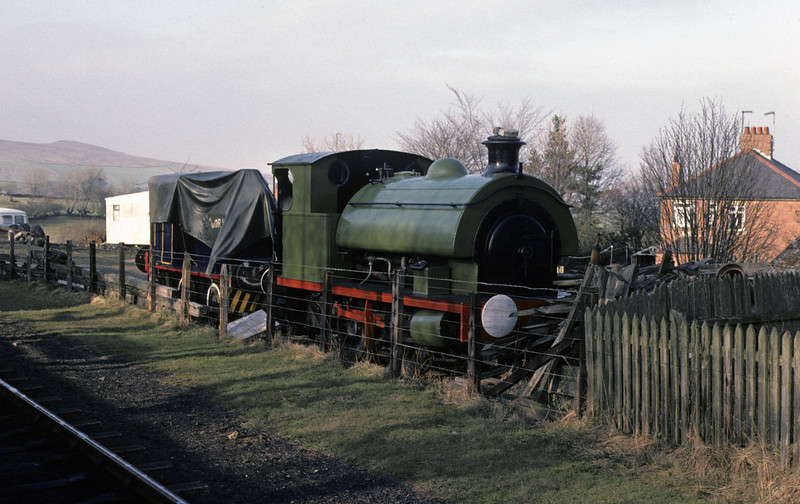 Preserved diesel and steam locos at Slaggyford station, 28 February 1976 The locos had been acquired by the South Tynedale Railway Preservation Society in its early stages when it was still hoped to preserve a section of the line at standard gauge. The 0-4-0ST is No 13 The Barra (Hawthorn Leslie 3732 / 1928), now (2010) on the Tanfield Rly. The diesel is unidentified. Photo by Les Tindall.