Thirteen photos of the dying days of colliery steam at Whitehaven - it finished in 1975 - the Corkickle Brake incline, and two former Whitehaven locos which survived into preservation.
Read More 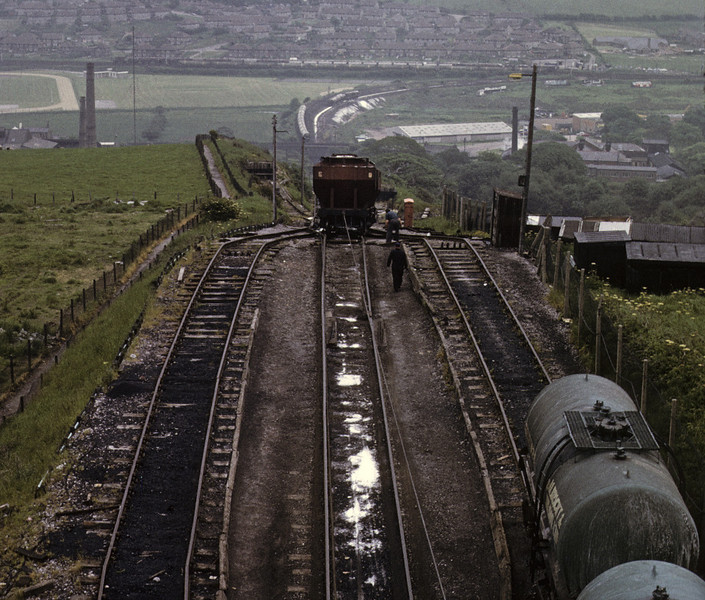 Corkickle Brake, Whitehaven, 9 June 1973. This rope-worked incline was built in 1881, but fell into disuse between the wars. It was rebuilt in 1955 to serve the Marchon (later Albright & Wilson) chemical works next to the Ladysmith washery. The top of the Brake was 250 ft higher than the bottom. This view looks east over the incline, down which wagons are being lowered. More wagons can be seen at its foot in the distance, and beyond them are wagons on the former Furness Rly line from Barrow. In 1964 the Brake was handling over 500,000 tons a year, but it closed in 1986. Photo by Les Tindall.