Eleven photos starring 71000 Duke of Gloucester. Four show it leaving Carnforth with a 'Cumbrian Coast Pullman' on 24 February. Seven show it at Preston, Carlisle and York on a second CCP, on 10 March.
Read More 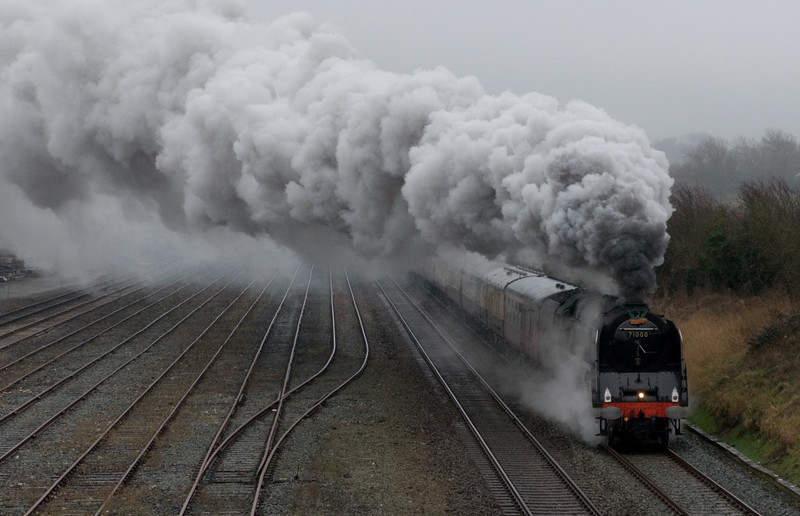 71000 Duke of Gloucester, 1Z71, Carnforth, 24 February 2007 - 1139 1. The Railway Touring Co's 'Cumbrian Coast Pullman' from Manchester to Carlisle leaves Carnforth in steady rain. 47826 was on the rear. The tour had been booked to return via Shap, but the WCML was closed because of the Grayrigg Pendolino crash so it returned via the coast.