24 photos starring 5407 and 46229 Duchess of Hamilton. CMEs in those days used two steam locos, between Carnforth and Hellifield and Hellifield and Carlisle. There was a photo stop at Dent, photo and water stop at Garsdale, and two runpasts at Appleby.
Read More 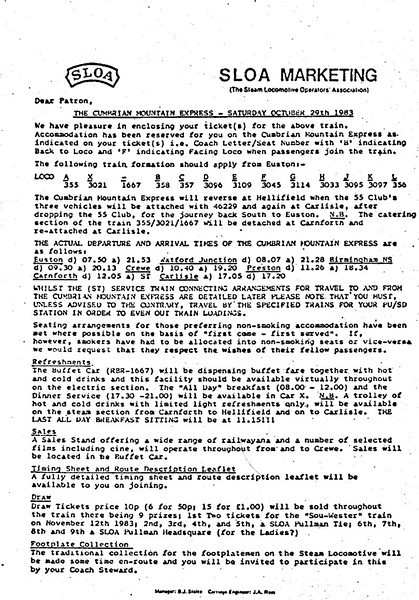