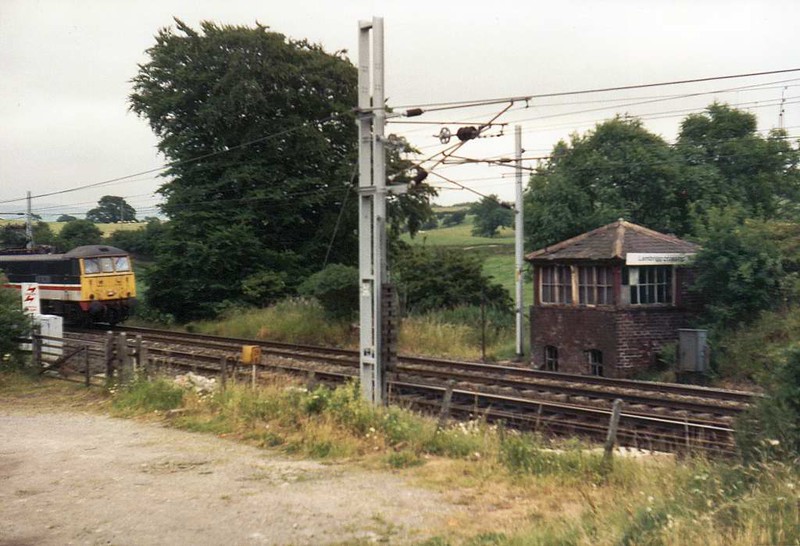 Lambrigg Crossing, 7 July 1992, Looking south east at milepost 24 1/4. The rear of the derailed Pendolino came to rest here; it had been travelling from right to left. The eastern end of the Lambrigg crossovers is at right. The signal box was an early LNWR / Saxby & Farmer A Type. It closed as a block post on 30 April 1973 when Carlisle power box was commissioned, but was retained to control the level crossing until that closed on 18 April 1977, and then to control the crossovers. The box was demolished in 1993 and replaced by an emergency ground frame. Photo by Colin Woof.