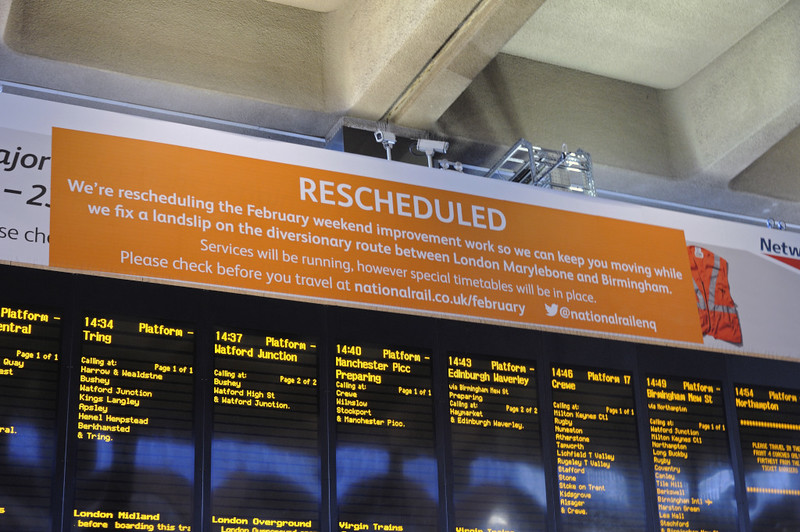 Euston station, Mon 9 February 2015 - 1416. Network Rail had planned to close the Euston - Watford Junction line completely on 14 - 16 and 21 - 23 February for engineering work. Virgin were planning to divert some services via the Chiltern line, but this was closed on 31 January by a serious landslip at Harbury, between Banbury and Leamington Spa. In order to keep one line open between London and the midlands, Network Rail postponed their blockades, and Euston - Watford remained open throughout February.