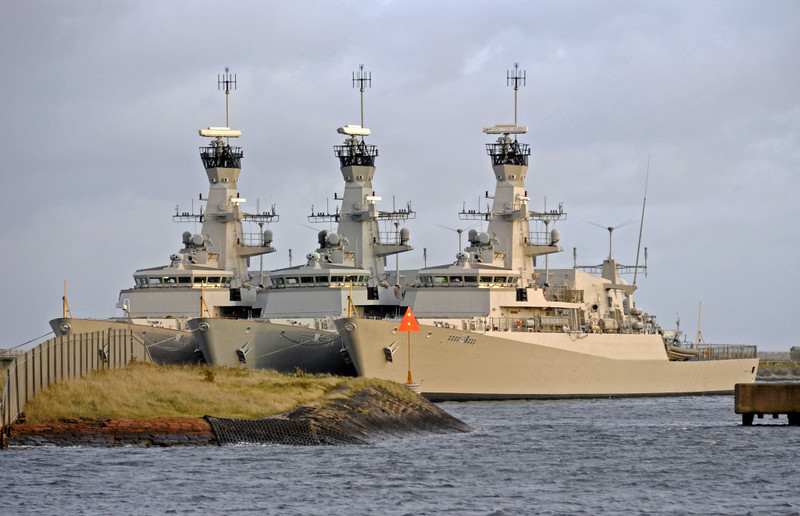 Nakhoda Ragam class corvettes, Barrow-in-Furness, Mon 16 September 2013 2. By the time of this photo all three ships had had their Brunei pennant numbers removed. They joined the Indonesian navy in 2014 and became the Bung Tomo class.