43 photos of preserved submarines, most at this museum
Read More 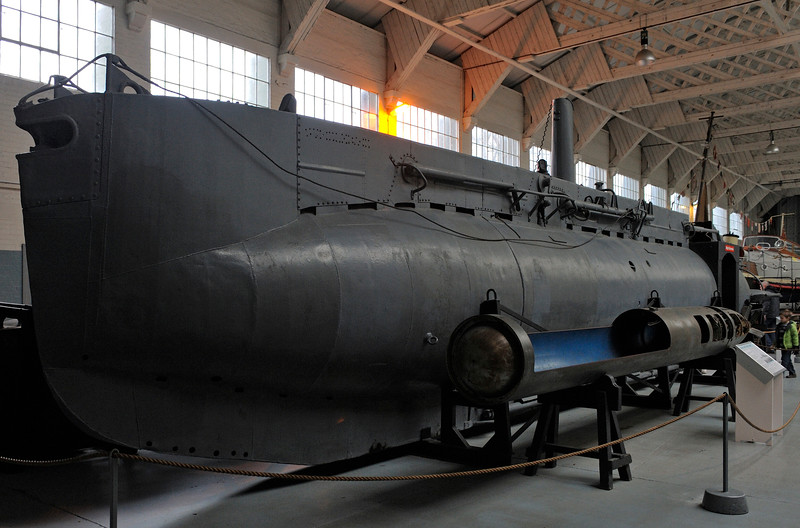 HMS Stickleback (X-51) and Japanese Long Lance torpedo, Imperial War Museum, Duxford, 31 December 2012 1. The X-51 class of midget submarine was a successor to the wartime X-craft and was intended for the same purpose - carrying mines (now nuclear) which could be placed beneath ships or other naval targets. Built in strict secrecy at Barrow by Vickers and launched in 1954, X-51 was sold to Sweden in 1965, and came to the IWM in 1975. There were three sisters, Shrimp, Sprat and Minnow. In front of Stickleback is a Japanese Long Lance torpedo from World War 2. These completely outclassed Allied torpedos in range, speed and weight of explosive.